June 2020,
The Department of Conservation and Recreation has commenced a project described as Quinobequin Road and Trail Improvements from Ellis St.to I-95 overpass, Newton. The DCR has stated they are open to ideas around location,material, etc.as well as ideas which enhance safety, accessibility. A listening session was held by the cousltants hired by the DCR. Here is an audio file.

Welcome to the Friends of the Quinobequin, born as a Committee of the Waban Area Council, open to the entire Waban community and beyond, and inviting your interest and participation in the uplifting of the Charles River bank and abutting Parkway along Quinobequin Road as they meander from Rt. 16 southeasterly to Rt. 9 through Waban.

The Charles River, or Quinobequin, as the Native Americans originally named it (which translates to bending river or river that turns back on itself), is a rich natural resource that defines the border of Newton and separates it from the Town of Wellesley, our neighbor immediately to our west. There are turkeys, skunks, Canada geese, Great Blue herons, raccoons, muskrats, deer, turtles, woodpeckers, and coyotes, among the fauna who call the river and the Parkway home.

The flora provide the animal kingdom shelter and nourishment and, as such, must be groomed and maintained for the survival of the local eco-system. That is where “Friends of the Quinobequin” wishes to take its first steps. The Parkway has succumbed to poison ivy, bittersweet, ominously dangling tree-limbs to name but a few of its degraded conditions. Parts of the pathway that people have previously trodden are under mud. We understand the importance of maintaining friendly plants and trees that draw animals to the riverbank, as well as the importance of removing and controlling the invasive and unfriendly under- and overgrowths. We also understand the implications for our neighborhood of riverbank erosion that may lead to lateral flooding and water in our basements. We want to develop and maintain a natural path along the river with the cooperation and support of the Parkway’s owner and guardian, the State DCR.

We want people to enjoy the natural beauty that this link along the Charles can provide. We want to turn admiring eyes to the river to develop a respectful interaction with our community and this potentially incredible environmental diamond.

Much of Newton’s Charles River water front is a wonderful recreational resource for our city. Any day of the week you can see lots of folks walking, bicycling, strolling, bird watching, jogging along the river between Auburndale and Watertown Square. Further up stream, Echo Bridge/Hemlock Gorge is one of the city’s most beloved parks. Beyond that, at the edge of the city, is Nahanton Park with more walking trails, canoeing and boating. In the middle, between Route 9 and Rt 16 is a mile and half stretch of riverfront parkland alongside Quinobequin Rd. Years ago this stretch of the river was a well maintained showpiece but over the last 30 years it slowly degraded and became less used, maintained, and loved.

A group of local residents formed the Friends of the Quinobequin with the mission of shining a light on this neglected gem and restoring a bit of its former luster. In the spring they organized a few days of volunteer crews doing trash removal, cutting invasive vines that were killing the trees, pulling poison ivy, and clearing overgrown portions of the trails. The Friends of Quinobequin recently received some good news from the Dept of Conservation and Recreation (DCR). Maureen Reilly-Meagher one of the founding members of the Friends of Quinobequin applied for a DCR matching grant to pay for the construction of two pieces of boardwalk where the Quinobequin trails turn to mud puddles after every rainy day. The good news: the DCR awarded the grant for the boardwalk.

Email: jennifer.norwood@mass.gov
Please note that the content of comments you submit to OCR, along with your name, town, and zip code, will be posted on DCR's website. Providing additional contact information when commenting, notably email address, is optional, and will only be used for outreach on future updates on the subject project or property 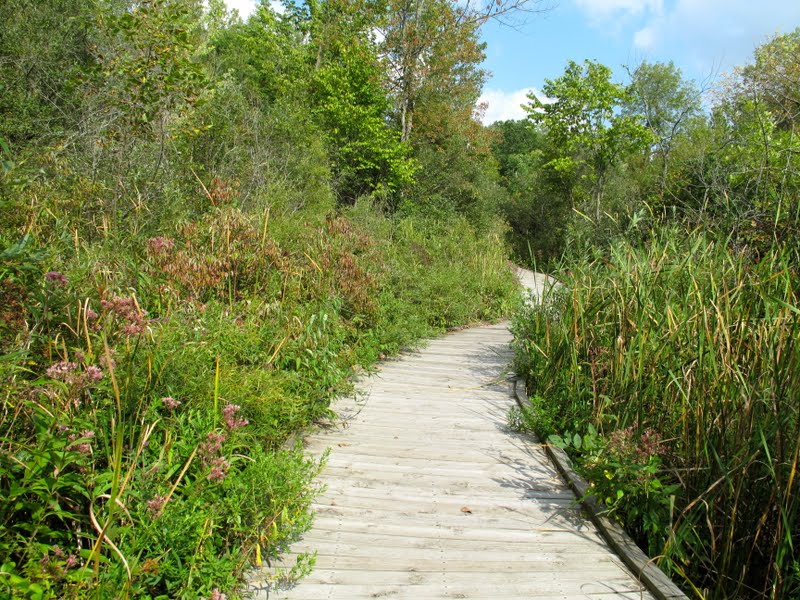 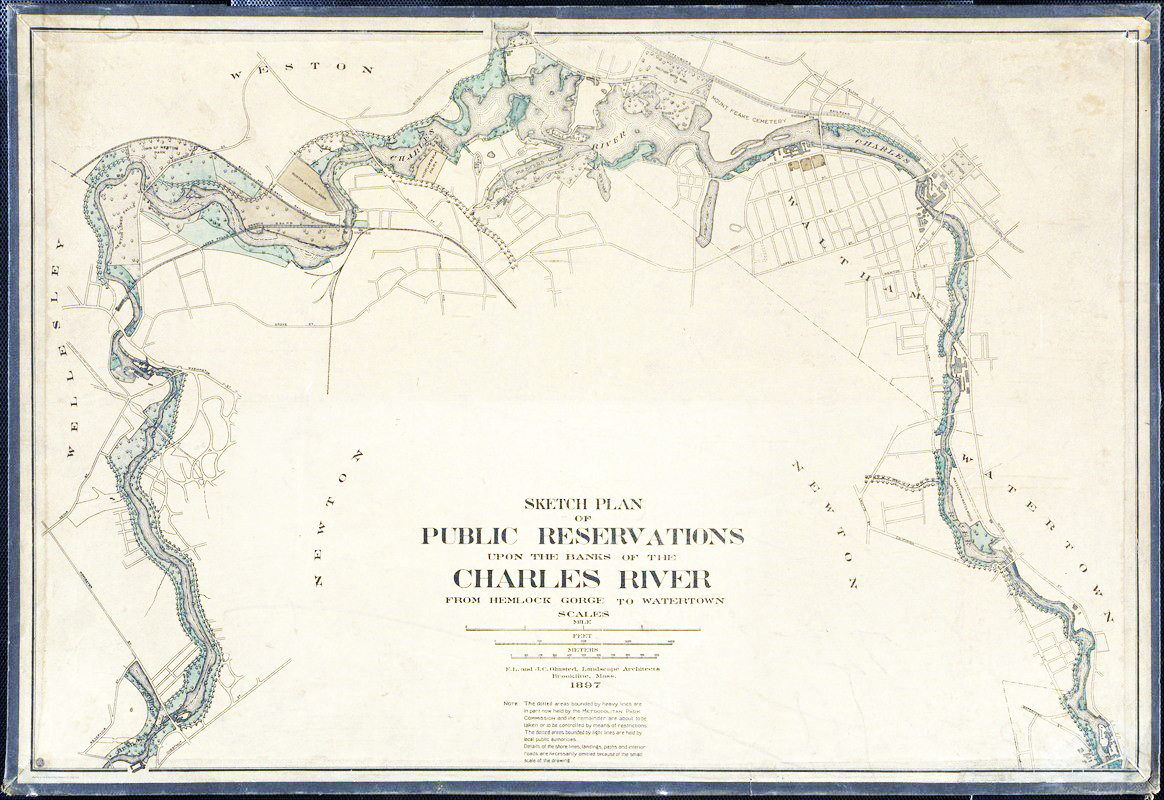 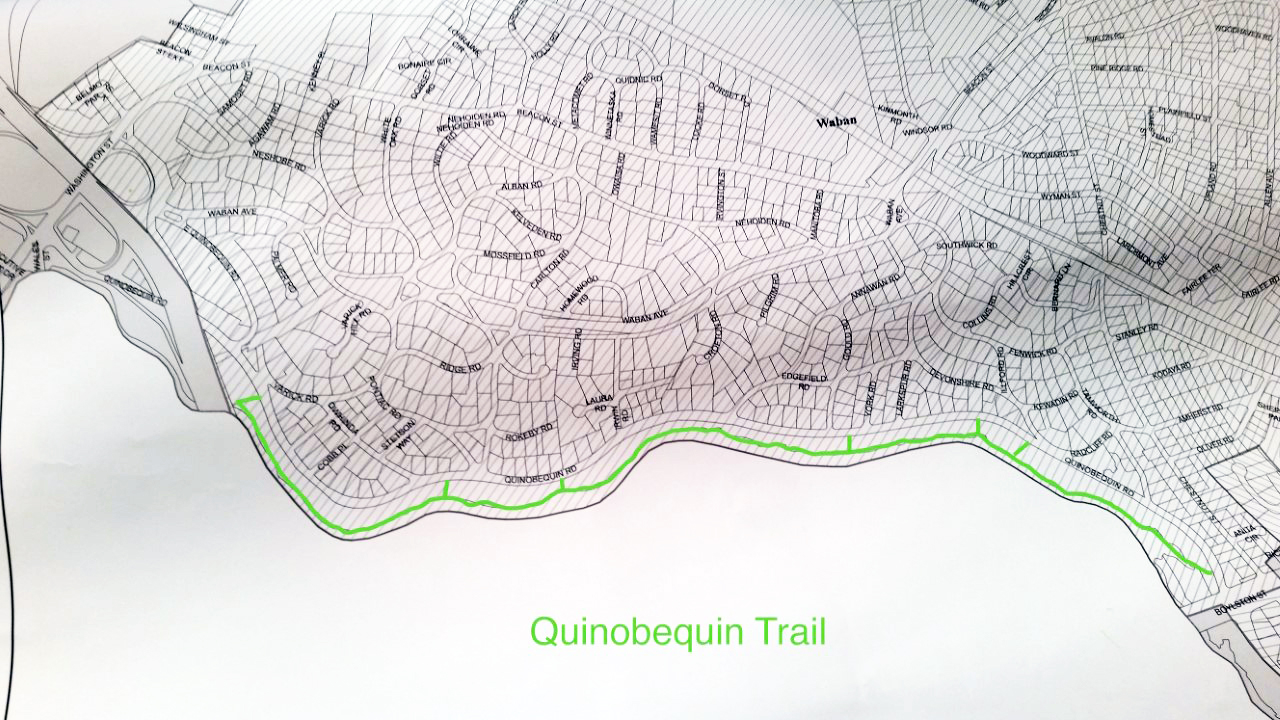